Ariana Grande Was Unhappy on Victorious

Ariana Grande, or as I like to think of her “Mini Mariah Carey,” opened up in Seventeen Magazine about her struggle to keep life together on the set of Nickelodeon’s Victorious. 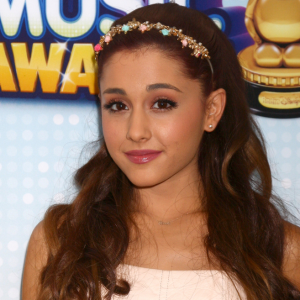 “I worked with someone who told me they’d never like me,” she said. “But for some reasons, I just felt like I needed her approval. So I started changing myself to please her. It made me stop being social and friendly. I was so unhappy.”

Now that Victorious is done, Grande is still working with Nickelodeon, this time doing a sitcom with her same character, Cat Valentine, and iCarly star Jennette McCurdy. Hopefully there is less drama on this set.

“I am so lucky to be working with Jennette McCurdy,” Grande gushed. “She is a real, genuine, honest person, a good friend, and doesn’t care about all the superficial BS. She’s the most hilarious actress I’ve ever met and I just adore her.” Grande went on to say that she and McCurdy and the best of friends.

Her character, Cat, is known for her flaming red curls. Grande said that she only felt comfortable playing Cat in red hair and being her in natural brown in real life. She said that their comparisons stop at girly. She is shy and doesn’t like to go out. Cat is like her alter ego, she said.

With her life calmed down for the moment, Ariana Grande put energy into finishing her album. She’s been hard at work on it for three years, but her perfectionism held her back from putting music out there. Now she’s being compared to the phenomenal voice of Mariah Carey on her song “The Way.”

“I realized that if you want something, you really have to go for it,” she said, just like her idols Beyonce and Mariah Carey do.