It’s almost time to start my hour by hour countdown to season four of Arrested Development season four. As someone who didn’t get to watch the shows when they originally aired, I’ve watched this entire series on Netflix. For weeks building up to Sunday’s release of season four I’ve basically had a Google alert for any news about the Bluth family. 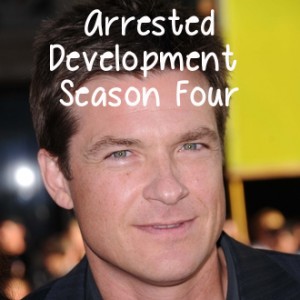 After seven years, the cast of Arrested Development comes back together for a highly anticipated final season. Who gets blue this season? (s_bukley / Shutterstock.com)

TV Line sat down with the cast and talked about coming back to their family unit seven years after Ron Howard told Maeby that a movie was a strong possibility.

Jessica Walters, Lucille Bluth, said that getting back into her character’s booze haze was “like riding a bike.” She was able to slip back into character easily. Being back on the living room set with everything in it’s original place must have been spooky, but Walters said the cast really melted together in that space.

““He’s banged-up from the seven years,” Bateman said. “He’s not in as good of a financial situation as he was before.”

As for our boy George Micheal, he’s still obsessing over his cousin Maeby. Michael Cera said that his now 24-year-old character is having more of the same troubles keeping his relationship with his cousin platonic. Alia Shawkat, Maeby Fünke, said her character is falling back into her job as a movie studio executive.

“I always thought Maeby would have some kind of a shaved head and weird tattoos,” Shawkat said. “And be traveling the world with some strange painter and be like, ‘Things have really changed.'”

The cast sounds really jazzed about Mitch Hurwitz’s creation in season four. Portia De Rossi and David Cross (Lindsay Bluth Fünke and Tobias Fünke) said that it was satisfying as an actor and as fans of the show. Also, we’ll get to see two people blue themselves this time around.

Season four is split into episodes focusing on one character each. We get to see them not only interact as a family, but more so as individuals. The episodes follow the same frame of time, so we’ll see the same events through fresh eyes and different perspectives.