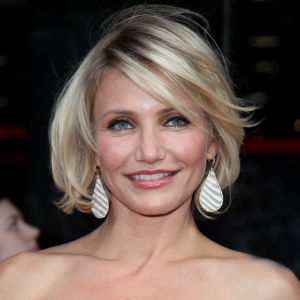 Cameron Diaz Cast As Miss Hannigan in Annie, Was It The Right Choice? Featureflash / Shutterstock.com

Let’s just all let out a collective “UGH.”

It’s not that I dislike Cameron Diaz. Charlie’s Angels is a guilty pleasure and I adore My Best Friends Wedding. I may or may not watch The Holiday when it’s not the holidays. I tend to ignore Something About Mary. That was unfortunate for everyone involved.

The thing is that casting Cameron Diaz as Miss Hannigan is a dumb move! She’s too pretty to be made to look like the proper train wreck. Jane Lynch is a stunning woman and Carol Burnett cleans up really well. Cameron is too much of a pretty, girly girl to be a believable train wreck in charge of making orphans’ lives a living nightmare.

Also, it’s important to note that this entire production, spearheaded by Will & Jada Pinkett Smith, is an all-Black cast. Before you start calling me Paula Deen, let’s think about this. Cameron Diaz, one of the whitest girls on the planet, is going to terrorize the lovable and puppy purse carrying Quvenzhane Wallis. That’s just gonna be sad. (Also, I’m obsessed with Quvenzhane. She was the best part of the red carpet season, next to Jennifer Lawrence’s Oscar.)

Had they gone with, say, Sandra Bullock, imagine how the part would look. Sandra is a stunning woman, but rough her up and put her in that trashy silk slip and she could pass for trailer park. Cameron is never going to look the part.

Also, let’s remember her singing in My Best Friend’s Wedding. Does that seal the deal for you?