Rupert Grint’s Pilot Not Picked Up by CBS

What are you thinking CBS? Rupert Grint, the adorable ginger that played Ron Weasley in Harry Potter, comes knocking on your door with a pilot starring himself and Stephen Fry, and you pass? I’ve begun to seriously question the judgement at CBS.

Mugglenet reported that CBS declined to pick up Super Clyde, Grint’s show about a guy who works in fast food and inherits millions. He takes the money and decides to become a super hero. It’s basically Kick Ass with Brits. CBS picked up two comedies and two dramas. 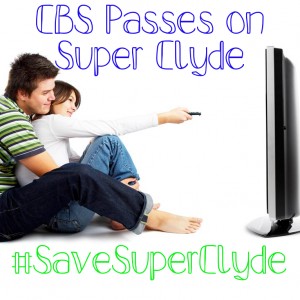 CBS passed on Rupert Grint’s new comedy pilot about a fast foot worker that comes into millions and becomes a superhero. Fans are tweeting #SaveSuperClyde.

Guys, they passed on Ron Weasley. It’s time for the Harry Potter fandom to rise up in revolt. No, we haven’t seen the show but this is a golden opportunity. Who wouldn’t want to have Rupert Grint on their television every week? With his presence on the show, we could get cameos from his best friends. Namely Tom Felton (Draco Malfoy) and Emma Watson (Hermione Granger). What’s wrong with that?

Fans have started a Twitter campaign to get CBS to reconsider the show. If you tweet #SaveSuperClyde you will be a part of saving the show. They are trying to get the hashtag trending in order to send a message to CBS execs. You know how Twitter works, so let’s get this going!

The rest of the cast, because Grint doesn’t have a Twitter, tweeted their sadness today a the show not getting picked up.

“Sad to say CBS SUPER CLYDE isn’t going on… Grateful to have gotten to have some fun with @TyLabine, @stephenfry &the rest! :)” Justine Lupe, who was slotted to play Rupert’s older sister.

“@iamjustinelupe @stephenfry it was indeed great to get the opportunity to work with you both. Grint too. Everybody was awesome. Truly.” Tyler Labine, who was set to play Rupert’s older brother.

“Thank you guys for all the support! it was an amazing project to have been a part of!! #superclyde :(” Laura Ortiz, who was going to be Rupert’s love interest.