Stacey Dash Gets Heat for Supporting Paula Deen on Twitter 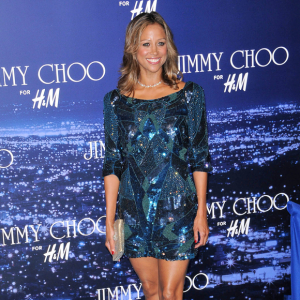 After Paula Deen’s tearful apology on Today this morning, Stacey Dash has joined her small group of supporters. Dash starred in Clueless with Alicia Silverstone and had this to say.

After tweeting her sort of support, followers began to attack Dash. One responded, “[M]an you really are Clueless,” and “You have no d— idea about the power of words. You should stop using them.”

Stacey Dash was under heat during the presidential election last year when she openly endorsed Mitt Romney. Once again, followers talked about the issues of race and gender in her decision.

What Did Paula Deen Do?

Paula Deen is getting a lot of heat for using the N-word 20 years ago. According to Huffington Post, Lisa T. Jackson filed a lawsuit against Deen and her brother for harassment, discrimination and racism.

Deen was dropped by Food Network on June 24 and was just dropped by Walmart today.

“We are ending our relationship with with Paula Deen Enterprises and we will not place new orders beyond those already committed.”

QVC is considering dropping her from their company as well.