On August 6 2013, Dr Oz talks to famous television doctors. Dr Nancy Snyderman is the chief medical editor for NBC News, Dr Richard Besser is chief health and medical editor for ABC News, plus Dr Jonathan LaPook, a medical correspondent for CBS Evening News. They discuss the biggest health stories making headlines. Get the 4-1-1 on arsenic in rice, morning after pills in high schools, and fat shaming. 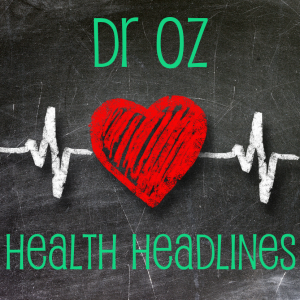 August 6 2013 Dr Oz features health headlines, like the Plan B pill in schools. Plus, learn exactly what is and what causes Acromegaly.

Then, Dr Oz is sitting down with a 7-year-old who was recently diagnosed with the Bubonic Plague. Plus, hear about the woman that is seven feet tall and weighs 400 pounds. All this and more on August 6.

Get informed on your health on August 6 with Dr Oz and his doctor friends from around the country. These doctors will discuss the stories making headlines and why you should be caring about them. From fat shaming advertisements to why Plan B, the morning after pill, should or should not be allowed in the nurses office, Dr Oz is getting journalistic.

Also on this episode, look out for two health stories that are sure to shock and amaze. Tanya Angus was just a normal college girl. She stopped eating, but things got so out of control that she developed an overactive pituitary gland. Tanya’s doctors didn’t believe in Acromegaly, where the pituitary gland grows so large that it causes the rest of the body to grow to catch up.

Plus, Sierra Downing was just seven years old when she was diagnosed with Bubonic Plague. The disease took out 1/3 of Europe over 600s years ago. There are about 10 cases of the plague annually. She got bug bites after coming across a dead squirrel on a picnic. This lead to seizures, a 107 degree fever, and horrible sickness.