What Is Ken Jeong’s Favorite Role?

One of Dr. Oz’s favorite shows is Dr. Ken, starring his good friend, actor and physician Ken Jeong. Ken has played a wide variety of characters including an unstable and unqualified community college Spanish teacher, a doctor, and a naked Chinese gangster. He admitted he identified with Dr. Ken the most (so it seems to be his favorite part so far!) but he will “forever be identified as Mr. Chow.” 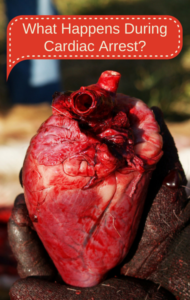 Dr. Oz showed Ken Jeong the inside of a heart using virtual reality, to explain what happened to his character in ‘The Hangover Part 2’. (douglashaase / Flickr)

What Happens When You Go Into Cardiac Arrest?

Ken played Mr. Chow in The Hangover movies and in the second film, his character gets into lots of trouble! He laughed and said he was not taking drugs in real life, but in the movie his character is consuming ridiculous amounts of it. Mr. Chow is already a “happy, happy, crazy psychotic guy.” In the movie, Mr. Chow collapses into a glass table and goes into cardiac arrest.

Dr. Oz took Ken inside of a heart to learn what happened to Mr. Chow’s heart during cardiac arrest. They used virtual reality to explore the heart and Ken first noticed that the heart was beating normally, but then it began beating faster to simulate what happened as Dr. Chow was taking drugs. The heart was beating far too fast until one of the main arteries began to spasm, sending Dr. Chow into cardiac arrest, with blood no longer going to the heart. Let’s take a closer look at Dr. Oz’s virtual reality heart simulation…

Ken Jeong then entered the inside of the heart and explored all of the various chambers and valves. Ken explained that as the heart went into cardiac arrest, the body felt death slowly taking over. You could see that there was not enough blood going in or out of the heart.

In the movie, the other characters placed Mr. Chow into a freezer and (spoiler alert!) he managed to survive, but Ken said in the real world, Mr. Chow would have died.  When Dr. Oz asked Ken what was the most amazing thing about being inside his virtual reality heart, Ken said “being with you.” Aww!