You may not have heard of many cases of stomach cancer recently, but it’s making a comeback, said Dr Oz. And the majority of cases are being seen in Caucasian women. Gastroenterologist Dr Robynne Chutkan said that it’s all in what you eat.

Dr Chutkan said that stomach cancer has morphed in the way that it forms and spreads. Some of the staples in our diets and the changes in what we’re eating is to blame. Here are the symptoms:

These symptoms, according to Dr Sarah Thayer, won’t go away with an antacid and happen frequently. The H. Pylori bacteria in your stomach lining can turn into cancer and you can also be at risk from having blood Type A. If stomach cancer is something that really concerns you, you should speak up about it with your doctor. An endoscopy test will diagnose you and look at any problem areas.

The H. Pylori bacteria in your stomach lining won’t always cause cancer, but it can cause complications with Peptic Ulcers and Gastritis. The need to repair the damage leads to stomach cancer. You can talk to your doctor about H. Pylori and it is treatable. 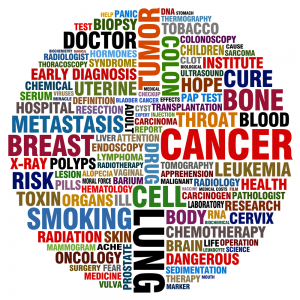 A nitrite is a preservative found in meats. Dr Chutkan said that bacon and meats like it contain nitrites and can turn into compounds that lead to cancerous cells. Dr Oz said the only way to prevent this is to limit your consumption of nitrite and preservative rich foods.

Does Blood Type A Lead To Cancer?

A blood type is also a good predictor for cancer. Dr Thayer said that Type A patients are at a greater risk for gastric cancer. It’s unclear why and not ever Blood Type A gets stomach cancer.

A nutrient rich diet can do wonders when you want to prevent cancer. You can tell these foods because they are the most colorful. Dr Oz always says that you should eat a rainbow of foods in your diet.

To fight pancreatic and ovarian cancers, work in red bell peppers, tomatoes, and fresh berries. They antioxidants, flavonoids, and Lycopene will fight cancer and build up a protective wall against future issues.

Orange foods are full of fiber and some contain beta carotene. Apricots, for example, contain quercetin, a powerful antioxidant. You should work in orange foods, like pumpkin, mango, sweet potato, and carrot, at least twice a week.

Yellow foods are good for fighting stomach cancer and esophageal cancer. The Vitamin C and detoxifying flavonoids in lemons and grapefruits boost the immune system.

Green foods are what most Americans are lacking, but they are proven cancer fighters. The lighter the green food, the more likely you are to get gas, so keep that in mind. Darker greens, like kale and spinach, are rich in Folate, a cancer fighting nutrient. Work these into your diet twice a day.

Finally, white foods, like mushrooms, garlic, and onions, are used to preventing colon cancer, ovarian cancer, and stomach cancer. Try working one of these guys in each day.