Even though we have about a month until the Emmy Award nominations are announced, that doesn’t mean we can’t get really, really excited about them! There are a few people that if they don’t receive recognition, I might just cry. And I take my awards season deadly serious. 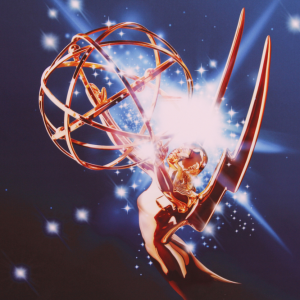 My number one pick for an Emmy this year is the charming, roguish, and gorgeous Peter Dinklage. Tyrion Lannister is the greatest character to grace our televisions in a long time. From smacking Joffrey around to marrying Sansa Stark, everything Tyrion does is perfect. Or perfectly imperfect.

Dinklage deserves an award for his portrayal of the drunk imp Tyrion Lannister.

It’s not a secret that I’m obsessed with Downton Abbey. I believe very strongly that someone from this cast, if not the entire series, needs an Emmy nod. It’s just brilliant! From Lady Mary’s quips and sassy, prim nature to Ed Speelers coming in as Jimmy the footman, I love every class. Downton may not win, going up against Mad Men, Game of Thrones and Breaking Bad, but it’s high time it gets something.

I had no idea that 30 Rock even made the cut for 2013 Emmys, but it did! My giddiness cannot be contained. I need to see this one sweep everything. Sorry, Amy Poehler and Lena Dunham. In fact, if Lena Duham wins anything over 30 Rock temper tantrums and angry tweets will commence.

Emmy Predictions: Behind The Candelabra

As strange as Behind The Candelabra was, not being familiar with the entire story of Liberace, I think this will sweep as well. Michael Douglas will get best actor and I’d like to see Rob Lowe get at least a nomination for playing Dr Jack Startz. He was creepy good.

Even though these guys and gals probably won’t get win, I’d love to see them get a nomination for the efforts. Matthew Perry, especially.  His series Go On was short lived, but I never missed an episode. It was truly hilarious.

Jason Bateman really deserves a nod for Arrested Development. It was perfect and funny and out of no where. When AD came back via Netflix, I couldn’t have asked for a better way to spend 10 hours other than streaming the whole season. In fact, I need a season five and an Emmy nod might just give Netflix the push to give it another shot.

Last, but never least, my gal Mindy Kaling. If you’ve seen The Mindy Project, then you’ve basically met me. I just love that Mindy is bringing the strong female that is in charge of her messy life. Mindy gave a stand out performance and deserves a nod.