On May 27 2013, Beyonce was performing her hit song “Irreplaceable,” at a concert in Copenhagen, Denmark at The Forum in Cophenhagen, when a male fan reached up from the crowd to give Beyonce’s bottom a smack. 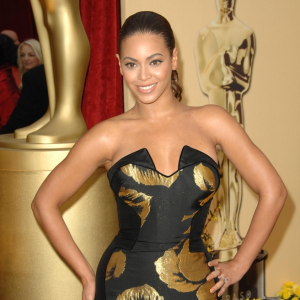 Beyonce’s booty got a smack when a fan in Copenhagen, Denmark got too close and personal. s_bukley / Shutterstock.com

The artist was dressed in a dark blue, sparkling bodysuit, which made her look even more amazing than normal. So amazing in fact, one fan could not control himself.

While performing the song, the singer was interacting with fans, shaking hands, smiling, and waving. One fan seemed to get over excited and lost control. The man waited for just the right moment, when Beyonce was making a turn, and reached up just far enough to give her a nice pat on the behind.

Beyonce is not one to lash out, or to be seen in the public eye fighting with anyone. However, you can only push a woman so far. After the fan gave her behind a swat, she quickly turned around and said, “I will have you escorted out right now, alright?”

The artist did not bother to fuss over the touchy fan, after the bottom smacking incident. Beyonce continued on with the concert, seeming to faze out the unwanted attention.

The recent baby rumors surrounding Beyonce and Jay-Z, may have been what prompted Beyonce to lash back at the fan; her maternal instincts kicking in.

The Huffington Post reported canceled upcoming tour dates from the singer, due to doctor’s orders. The orders may have been for Beyonce to take it easy, and rest, due to the pregnancy.

All in all, according to E! Online, the singer wasn’t too shaken by the experience. She is currently continuing her Mrs. Carter Show World Tour in Norway.