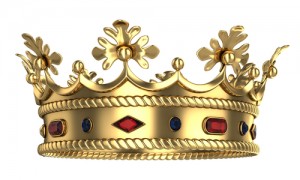 Was it hard to watch this week’s Game of Thrones? I’m sure some of you men out there cringed in horror when Theon Greyjoy got what was coming to him. The guy played a big part in destroying The Stark family, I think he deserved a little punishment.

I can say I felt bad for Theon when I was watching this episode, but after hearing that the producers had no trouble, and actually enjoyed, filming it? I’m rethinking my feelings about Theon Greyjoy and his prone to wander nether regions.

“We love Alfie [Allen], but we also enjoy torturing him,” David Benioff told TMZ as he was leaving the gym in L.A. on May 16.

Benioff said that the team was really looking forward to shooting Theon’s castration. It’s not going to get much better for Theon anytime soon, he hinted. They just like torturing him that much.

TMZ also found out that Benioff is learning Valyrian, which he said is really hard, and doesn’t know Dothraki. You would think by now he might be fluent in every language represented in Westeros.

David Benioff entertained the paparazzi and was quiet genial with him. While usually celebs are closed off and ignored the TMZ dudes, this just goes to show how much the producers love their fans. And they love to torture Alfie Allen.