If you aren’t watching Game of Thrones then you are probably having a really great week. Sunday’s episode was a huge shock for fans of the show, but fans of the books knew it was coming. 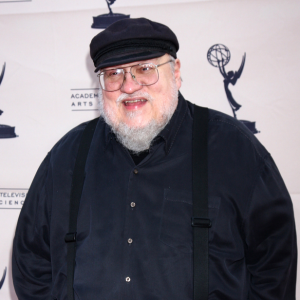 Without giving too much away, Sunday’s episode was a blood bath. At this point, they just need to take one of the animal’s out of the opening sequence, because one whole house only has five living members.

Conan told Martin that he was “a sick [expletive],” and he means it in the best way possible. He said that he has actors begging him not to be killed, but he can’t help but shed some innocent blood once an episode.

At the recent premiere, George R.R. Martin had a conversation with three actors and realized that all of their characters were dead. Only one of them knew their fate, because Martin is years ahead in the plotting. He even had one actress walk up and ask not to be killed, but he knows that she dies. He does feel some guilt after meeting the actors.

Fans React to “Red Wedding” Episode of Game of Thrones

Being a person that read the books, I’ve been waiting for this episode for months. Nevertheless, moments of “Red Wedding” had me screaming in horror. George R.R. Martin watched fans reactions to the deaths and chuckled.