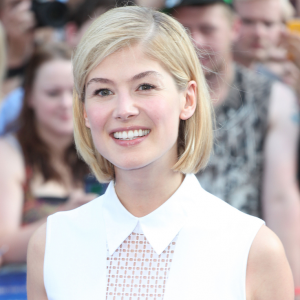 Rosamund Pike has been cast in the lead female role in Gone Girl, based on the novel of the same name by Gillian Flynn. Ben Affleck is also cast. Featureflash / Shutterstock.com

According to the Hollywood Reporter, Reese Witherspoon’s production of Gone Girl has found their leading lady. While Witherspoon herself was rumored to be taking on the role in the mystery thriller, Rosamund Pike has been cast in the main role opposite Ben Affleck.

So who is Rosamund Pike? Jane Austen fans will remember her as Jane in Pride & Prejudice with Keira Knightly. You may have also seen her in Wrath of the Titans or Jack Reacher. The blond beauty has a sense of strength about her, despite her frail blonde figure.

Gone Girl is a novel by Gillian Flynn that became a smash hit after it’s publication in 2012. Pike will play the wife who mysteriously disappears on her wedding anniversary and her husband (Affleck) becomes the number one suspect.