How I Met Your Mother: Cristin Milioti Cast as The Mother

For ten years we’ve waited while Ted Mosby told his children the longest story known to man. We were beginning to think that his son and daughter, and the rest of the world, would never find out how he met their mother. 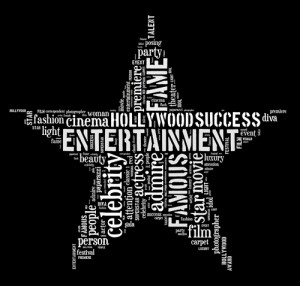 How I Met Your Mother finally made the big reveal in their season eight finale. Cristin Milioti walked into a train station and is on her way to a wedding.

But then, she walked in. Yellow umbrella and boots, walking confidently through a train station. She bought a ticket to Farhampton for the wedding of Barney and Robin and we all knew. The cast and crew had an even more violent reaction to the character being cast than the fan base did.

“We flew Cristin [Milioti] out to do an on-camera audition with Josh [Radnor] with our decoy script pages,” co-creator Craig Thomas told Entertainment Weekly. “and it was funny — Neil walked into the makeup trailer while I was just chatting with Cristin. She was getting makeup to go do this screen test with Josh, and Neil walked in and looked at her and his eyes widened and he sort of said, ‘Oh my God, are you the mother?!’ And he gave her this big hug and was like, ‘You’re the mother!’ And Cristin and I were like, ‘No, it’s still just an audition; it’s not done. I’m not cast yet.’ Neil was celebrating a little too early.”

“That’s when you widen to reveal the other two girls that are also screen-testing in the trailer,” added co-creator Carter Bays.

Cristin Milioti: Tony Nominated for Once

It looks like Neil Patrick Harris was right. Cristin Milioti won the role of the mother and we’ll see much more of her next season. You may recognize her from 30 Rock, where she played the baby-voiced comedienne that Liz Lemon (Tina Fey) tried to makeover with her “femolution.” Before you freak out that the mother is going to be baby-voiced and ridiculous, remember that the character was in witness protection and actually was a tough broad.

MIlioti was also Tony nominated for Once the musical and had roles in Sleepwalk With Me, The Sopranos, and Nurse Jackie. As fans know, the role of the mother involves playing bass in a wedding band and singing. Thomas and Bays said that her previous musical experience will definitely play a part in the final season.