Many Americans feel the need to pop a few ibuprofen when they feel pain. Anything from a sore muscle to a tooth ache gets dealt with with a pill. But did you think when you are popping the pills that they might have some nasty side effects? One of those could be hearing loss. 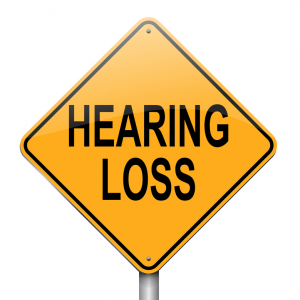 A new study found that Ibuprofen & Acetaminophen can cause hearing loss. Your chances for hearing loss at up 21% when you regularly take pain relievers.

A new study found that ibuprofen and acetaminophen could increase your risk for losing your hearing up to 21%. That’s pretty significant. About 62,000 women took part in the study where half got one pill and half got another. Those that took the pills about twice a week say a 12% chance of hearing loss. Those that took it up to five times a week saw a 21% chance increase.

Dr Oz talked to Alexis, who had been taking ibuprofen twice a week, sometimes more. She said that after hearing these results, she would think twice before popping a pill. Bonnie, also in the audience, said she take ibuprofen daily. She’s been turning her television up louder lately, and it’s not likely it’s a placebo effect. Bonnie’s daughter said her mom can’t hear her when she’s calling from the next room.

Another researcher on this study, Dr Craig Kasper, said that it’s impossible to stop this hearing loss. The symptoms are the following:

The recommendation on ibuprofen says not to take more than 10 pills a day. Dr Curham said that it’s best to avoid the pain reliever all together. Hold up, but what about my back injury from sledding last year? I need a way to cut that pain.