HollyScoop reports an exclusive interview with Jonathan Jaxson; close friend to Amanda Bynes, in which he offers up a text conversation with Amanda. The text reads as follows: 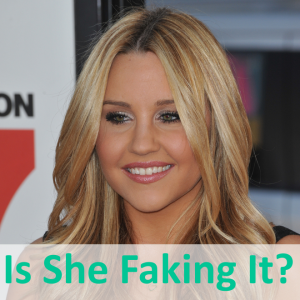 BYNES: “All this has been an act and you know it! I am an actress and know what I am doing.”
JAXSON: “Seriously? I mean dont you know drugs were a part of it and you may also have something mentally wrong?
BYNES: “I got to 2 million followers and now everyone wants me. I am smart and not stupid. Everyone mentions my name. The world loves me!
JAXSON: “Amanda you really just must watch what you say, that is my only advice. You are discriminating and have people very worried.”
BYNES: “Just wait and the world will see!”
JAXSON: “Ok. Just want you to be well! I am always here…
BYNES: “Thx”

HollyScoop goes on to say, “Before you call bullsh*t on this story and claim that anyone can put “Amanda Bynes” in their phone book, look at her texts. They are written in that same I’m-obsessed-with-myself-devil-may-care attitude that we’ve all come to associate with her tweets.”

Hmmm, I do not know what everyone else is thinking but to ME this sounds like another ruse to get Amanda all worked up again. Not sure for who exactly, but Amanda Bynes better get on TWITTER and report her opinion and pronto!

With all of the things this girl has been going thru it seems a bit heartless for her “friend” Jonathan Jaxson to be creating more drama. Wouldn’t you agree??

HollyScoop reports that their exclusive interview with Jaxson ended with this comment…”“I would be happily relieved if it were all a ‘joke,’ although a sick one,” Jonathan tells Hollyscoop exclusively, “But I just don’t understand anymore. The only truth I have is her behavior and her alleged drug use.”

That last sentence is a catch 22 – The only “TRUTH” …. her “ALLEGED” drug use – Looks to me like someone wants to steal some of Miss Amanda Bynes spotlight!