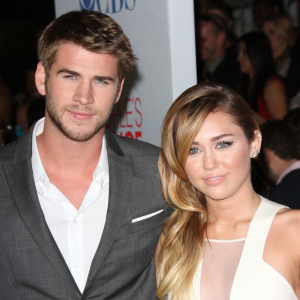 Miley Cyrus told a friend that she is “miserable” and crying to sleep at night. Could it be over Liam Hemsworth? s_bukley / Shutterstock.com

Food poisoning is enough to get to anyone. Even someone as tough as Miley Cyrus. The “We Can’t Stop” singer is currently abroad, promoting her music and upcoming album. She got food poisoning  and was turning to her friends for some sympathy. A friend dubbed “FEFE” is obviously ignoring Miley’s texts.

I don’t think FEFE will be ignoring Miley’s texts anymore. Cyrus claims that she butt tweeted a conversation where she admitted to crying herself to sleep at night. Could it be because Cyrus is missing her fiance, Liam Hemsworth?

The iMessage conversation includes just a few hellos and then the now suspicious text, “I’m miserable. Been crying myself to sleep. Taking a zanny trying to pass out.”

Poor Miley. Being sick isn’t fun. She’s been dealing with some health issues for the last few months, including a horrible bout of laryngitis. What’s also not fun is missing your significant other.

A source told HollywoodLife.com that Miley wants to make things work with Liam, but she’s the one making the grand gestures and visiting him on location. Liam Hemsworth has yet to make a big romantic gesture for Miley since he put a ring on her finger. The source said that Miley and Liam have visited couple’s counseling and they aren’t going to fight over not seeing each other.

The source also said that Miley and Liam aren’t about to give up on their careers right now. This sounds like the closest to breaking things off that the couple has ever gotten.