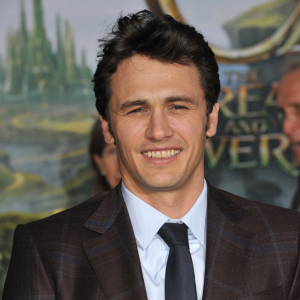 This Is The End star James Franco is taking over for Mindy Kaling’s character when she volunteers in Haiti. See him in the first two episodes of season 2. Featureflash / Shutterstock.com

Franco will play Dr Paul Leotard, excellent name by the way, who takes Mindy Lahiri’s (Mindy Kaling) place at the OB/GYN offices of Shulman & Associates while she’s away with her boyfriend in Haiti.

“A former professional fashion model, Dr. Leotard radically altered his career goals after he accidentally walked off a runway at fashion week and was saved by a pregnant woman. From that day forward, he devoted himself to helping pregnant women and immediately applied to medical school,” reads the press release from Fox.

Dr Leotard will be “charismatic and popular.” No doubt Mindy Lahiri will have an issue with this. We can already see the other doctors taking to Franco’s character over the girly, feminist Dr Lahiri. Also, be ready for the nurses (including Morgan) to swoon over Franco’s devastating good looks.

James Franco Takes Over for Mindy Kaling on The Mindy Project

The only thing that would make this better is if they had cast James Marsden. The Mindy Project season two will premiere Tuesday September 17 at 9:30/10 p.m. ET/PT. You can catch Franco’s second appearance on Tuesday September 24, same time.

If you want to catch Mindy Kaling and James Franco together before September, check out Franco’s This Is The End, in theaters now.