James Gandolfini Passes Away While On Vacation in Italy

On Wednesday June 19, 2013, actor James Gandolfini was found unresponsive in his hotel room in Rome, Italy. The actor had been in Rome on vacation with his family, as well as to receive an award during the Taormina Film Festival.

According to CBS News Online, the 51 year old actor was discovered by a family member, lying unconsciously in a room at the Boscolo Excedra hotel. Reportedly, it was Gandolfini’s own 13 year old son who found him. Gandolfini also leaves behind a baby girl from a second marriage. 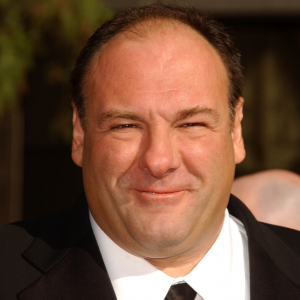 Jamie-Lynn Sigler, Jonah Hill, and More React To The Loss of James Gandolfini

Gandolfini, who was famous for his role as mob boss Tony Soprano, worked on the Soprano’s for nearly ten years. In that time he developed a very close relationship with his on-show-daughter Jamie Lynn Sigler. She told USA Today Online, “This news has left me heartbroken. I can only imagine the pain his family feels at this time, and my heart goes out to them, especially Deborah, Michael, and Liliana. I spent 10 years of my life studying and admiring one of the most brilliant actors, yes, but more importantly, one of the greatest men. Jim had the ability, unbeknownst to him, to make you feel like everything would be alright if he was around. I treasure my memories with him and feel so honored that I was an up close witness to his greatness.”

Jonah Hill, who is a comedic genius in his own right, had nothing but remorse to show for the loss of a great man. Hill told the LA Times Online, “I’m truly heartbroken to hear that James Gandolfini has passed away. He is one of my all time favorite actors. Tragic loss.”

Susan Sarandon also reached out to the LA Times Online to make a statement about the loss of a great man. “So sad to lose James Gandolfini. One of the sweetest, funniest, most generous actors I’ve ever worked with. Sending prayers to his family.” Sarandon seemed to perfectly sum up exactly what everyone else has been saying about Gandolfini and his personality.

Gandolfini was a true inspiration to so many people, in and outside of the movie industry. His reach spread far further than even he could have imagined. Whether it was watching a familiar scene of The Sopranos, or during a live interview, Gandolfini was always there to entertain and enjoy the company of the people he was around. He will continue to be mourned and deeply missed by so many people whose lives he touched.