I’m not sure is David Letterman, or Lorne Michaels, saw this one coming. While promoting his upcoming film We’re the Millers on Late Show with David Letterman, Jason Sudeikis revealed that he’s going to be pursuing other interests this fall. Just when the sketch ideas started flowing again, Saturday Night Live will be losing another key player. 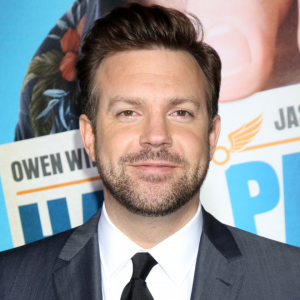 Jason Sudeikis told David Letterman he will not be returning to Saturday Night Live in the fall. Helga Esteb / Shutterstock.com

Jason Sudeikis has been working for SNL for 10 years. He wrote for two and then was in sketches for eight. We’ll never forget his Mitt Romney impressions. Seth Meyers was on the show for about 12 years and Keenan Thompson started about the same time as Sudeikis. Holding the team together, Lorne Michaels, Sudeikis said, has been running the show for 33 of the 38 years.

Sudeikis wasn’t shy about his departure, talking about it like it was ripping off a band aid. Since the show is in it’s summer break, they won’t be missing a beat and scrambling to fill his whole.

As soon as Sudeikis said he wasn’t returning, Letterman asked if SNL was aware of his departure. He seemed to mentally search to check if he had sent in his resignation to Lorne Michaels. Either way, Lorne knows now! There was speculation around the end of the season that not only would Jason Sudeikis leave, but also Fred Armisen, Bill Hader, and Seth Meyers. Now the prophecy has been fulfilled.

It seems that Jason Sudeikis will be heading to the silver screen with his sketch ideas. He said that he’ll be taking the ideas he would normal give to SNL and trying to stretch them into 90 minute movies. We’ll have to wait and see how that works out for him. In addition to films, Sudeikis will be planning his wedding to girlfriend Olivia Wilde.