Coming in seventh place in American Idol is nothing to turn your nose up at, but Jennifer Hudson knew she was destined for more than that. The now Academy Award-Winning singer, actress, and spokes model, will be returning to her American Idol home as a judge, on season thirteen. E! Online reports that Hudson will take a vacant judges seat. 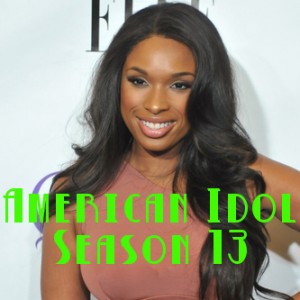 Jennifer Hudson is reportedly taking the vacant judges seat on season 13 of American Idol. Could another previous Idol contestant be joining her? (Anton Oparin / Shutterstock.com)

It’s no secret; American Idol has been losing viewership more and more each season. With the success of shows like The Voice, American Idol needs to regain its hold as the top singing competition.

To do this, producers are going to bring in former viewer favorites to judge the competition. This will also help viewers remember the mega-stars American Idol helped create.

Hollywood Life reports that producers hope to return the show to it’s original format of three judges. It will be interesting to see which of the four artists return to American Idol, and to watch how they handle the pressure of being a judge.

Keith Urban, Nicki Minaj, and Mariah Carey Will Not Return to American Idol

The current judges of American Idol will not be returning next season. E! Online reports that the show “is in need of a massive jolt of new energy.” Also, the added drama between Nicki Minaj and Mariah Carey throughout the last season has left a bad taste in viewers’ mouths.

When Nicki Minaj was asked about leaving American Idol, she told E! Online’s Ryan Seacrest, “I have to say this all the time, but I want people to know it’s genuinely from my heart. I love the people on Idol. I genuinely do. If I had to do this all over again, I would have done Idol. Because it’s fun, it’s laughs. It’s kind of sad that what people read all the time is only when something is negative. But they don’t realize that we built a family. I feel happy here and I have to thank them for giving me this chance. They could have picked anyone in the world. And they picked me. So that’s all I’ll say about that.”

The other judges didn’t seem to say much different. Keith Urban told People Magazine, “I mean, I literally enjoy coming to work every day, and that’s a rarity. I joined an ensemble like this in the same way I joined a band. I like being in a team and I felt that immediately, with [host Ryan Seacrest] and Randy, particularly.” Urban also said he would like to stay on next season, if given the opportunity.