Saying Goodbye to The Office

In a new video, the cast of The Office says good bye to the show that has been their lives for last decade. They focus on the good times, the funny times and the times when everything went so wrong that it was perfectly right. Warning: if you don’t feel like being nostalgic and sappy, walk away from your computer now. 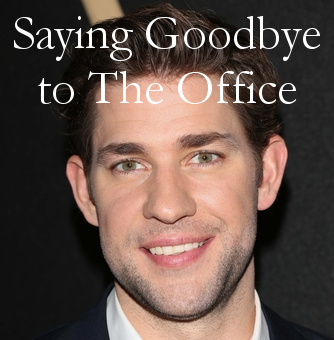 John remembered when Jim stabbed Dwight’s exercise ball with a pair of scissors. In every other take, the ball deflated slowly but in the last take, the ball exploded and Rainn fell hard on the ground. Krasinski said that he had to fall out of the shot because he was laughing so hard.

Jim & Pam Finally Get Together

When Jenna Fischer got the call to play Pam, her first question was “Is John Krasinski playing Jim?” She said the role required a perfect partner or else it would never work. Her favorite memory was going up to the roof and eating grilled cheese with Jim while Dwight shot off small fireworks. She didn’t want the moment to end.

What The Office Meant to Rainn Wilson

Rainn Wilson was the first person to interview for The Office. He talked about how much The Office meant to the families that watched it. They would be able to come together and laugh, he said. He thought that the show changed the landscape for American comedy in the best way.

“It took American comedy and turned it one degree,” Rainn said. A drastic change would have signaled the end for the show.

“I hope that in my memory when I drive down this road, our buildings are here, our set is here. I never want to come here and walk through that stage door and see anything else. That way, it will always be here,” Jenna Fisher said tearfully.

The Cast of The Office Says Goodbye

There really was no good way to say goodbye. Jenna Fischer wasn’t able to get the words out and Rainn Wilson kept his goodbye simple. John Krasinski said that The Office is his proudest project and was the only one that kept it together in the video.