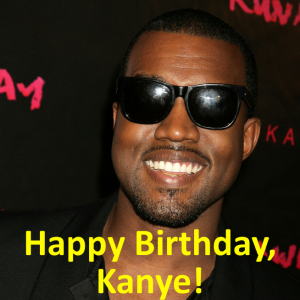 Kanye West celebrated his 36th birthday this weekend in New York City. The rapper wanted something low key and intimate and that’s exactly what he got. West closed down Miss Lily’s Caribbean restaurant on Saturday June 8 2013, and welcomed his star studded guest list to the private party.

A simple dinner party at Miss Lily’s might seem toned down from the party lifestyle we are use to seeing from the rapper, but rest assured this was not your average dinner party. According to Hollywood Life Online, Miss Lily’s is owned by the Jakupi brothers. These brothers also own the legendary night clubs Bungalow 8 and 10ak. They provided West and his guests with a relaxed but fun party with great food.

Kanye West welcomed many celebrity friends to his birthday dinner over the weekend. Jay-Z, Beyonce, Nas, Scott Disick, and Jonathan Cheban were all in attendance at West’s dinner party. However, one person was noticeably missing from the guest list. The pregnant Kim Kardashian was no where to be found during the nights events.

West is in New York City because he was set to headline the Governor’s Ball music festival on Sunday June 9 2013. Kardashian is in her home state of California, waiting to give birth to her and West’s daughter. According to Hollywood Life Online, Kardashian’s doctor has recently told her she can no longer fly until after she gives birth. This left the couple separated on West’s birthday, but that didn’t stop Kardashian from making sure her love was known!

Kardashian tweeted a collage of images of the couple with the caption, “Happy Birthday to my best friend, the love of my life, my soul!!!! I love you beyond words!”