It looks like Scream 4 was just training for Emma Roberts. According to TV Line, Roberts has a deal to join the third season of American Horror Story. Judging by the title and the already formed cast, this could shape up to be an intense season. 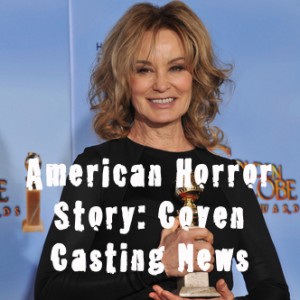 Roberts will play Madison, a self involved party girl. She will get to play alongside her real life beau and AHS alum, Evan Peters. This leaves fans wondering, how hard was it for Emma Roberts to get the role? Knowing creators Brad Falchuk and Ryan Murphy, they’ve hand picked Roberts for a reason.

“When I pitched this to Kathy, her mouth was drop-jawed because what I was pitching actually happened,” Murphy said at Paleyfest. “It’s a true event… You’ll see. It’s some good stuff.”

Bates was brought to the cast by the show’s leading lady Jessica Lange. Lange told Murphy that Bates is a big fan of the show and he saved the thought away for the perfect role.

Since this chapter is all about magic, witches and curses, who do you think Bates will be playing?