The Best Fourth of July TwitPics

From Hillary Duff to Rob Lowe, these celebrities celebrated 4th of July is style, class, and fun. Check out the best celebrity pics from the holiday.

Other celebrities that had an excellent holiday, include the performers at the Macy’s Fireworks spectacular. Taylor Swift performed with Ed Sheeran, Mariah Carey took a roll in the hay, and Selena Gomez was able to keep her underwear to herself.

Selena was later seen out with ex-boyfriend Justin Bieber. She and friends played with sparklers and fireworks at a party.

The star that had the best holiday was definitely Katy Perry. She and John Mayer wore matching Americana gear and embraced in what looks like a tour bus. 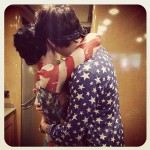 My favorite celebrity photo of the holiday was Katy Perry’s embrace with on-again flame John Mayer. The couple got into the spirit with star spangled style choices. (Instagram) 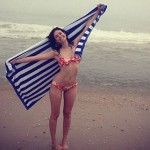 Emmy Rossum enjoyed a holiday in the sun. She posed for a pick while at the beach in a red bikini with striped blue towel. (Instagram) 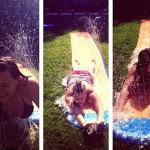 Having the most fun on July 4, Hillary Duff enjoyed a slip n slide day with friends and family. Lizzie McGuire would be proud, Hill. (Instagram) 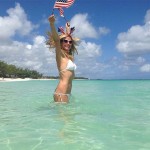 The cutest photo of the holiday goes to Heidi Klum, looking youthful and fun in a white bikini and American flags. (Twitter) 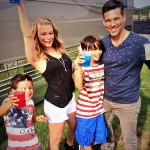 LeAnn Rimes and her step-sons celebrated the day with Eddie Cibrian. She tweeted the fun photo out, saying happy holiday from her family to yours. Was it a stab at Brandi Glanville? (Twitter) 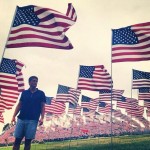