In one of my favorite episode of Kourtney & Kim Take New York, Kim Kardashian finds out that her psoriasis could be cleared up with breast milk. Not having a baby at the time, Kim had no choice but to steal her sister Kourtney Kardashian’s breast milk. That’s not creepy at all. 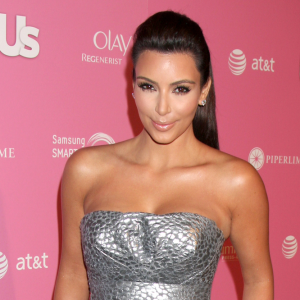 So now that Kim has Nori West (I refuse to call her by her legal name), she’s just pumping away! Sources told Us Weekly that Kim is loving breast-feeding. She’s already feeling the maternal connection with her daughter.

“Breast-feeding is working for her and she already feels she has bonded with Nori,” a source said.

Pussycat Dolls founder and friend to Kim, Robin Antin visited the new mommy and babe in the hospital. She said that Kim looked like a natural when she walked in and saw her holding Nori.

“Kim is breast-feeding constantly,” another source said. “She’s loving it.”

Nori West was born on June 15 2013 and was only 4 pounds, 15 ounces. Because Kim was a month early, the doctors kept her in the hospital a week.

“They are both so in love with their little girl,” a friend said.

TMZ also found out from a close friend that Kim looks forward to feeding Nori. Some are speculating that it’s because breast-feeding burns up to 500 calories a day, according to Shape Magazine. There are reports that Kimmie wants to lose 30 pounds in 30 days, so that’s a step in the right direction!