So many stars put their pregnancies in the spotlight, expecting to be criticized for their fashion choices. They are criticized when they are not pregnant, why should the pregnancy change anything?

Kim Kardashian is constantly in the eye of the paparazzi, and is scrutinized for her style choices. Us Weekly reported an image of Kim wearing the same Rachel Pally beige maxi-dress her sister Kourtney wore when she was pregnant. The website pinned sister against sister in a “who wore it best” contest. While both women looked stunning in the dress, Kim was the clear favorite. 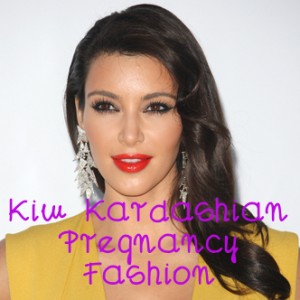 Kim Kardashian bared her baby bump to the world when she wore a bikini on the beach this week. Fashionistas question Kim’s taste. Featureflash / Shutterstock.com

Kim is also being show on E! Online wearing a barely-there bikini during a recent trip to Greece. The website reported, “This Dash-Doll rocked the whole pregnant-in-bikinis look.”

While it is fair to say many of the articles praise Kim Kardashian for showing off her curves and embracing her pregnant body, there are those who wait for Kim to have a fashion mishap, just to tear her down.

Who could forget the floral print Givenchy dress Kim wore to the 2013 Met Gala. She received so many rude comments about this dress, and the unflattering pattern, against her voluptuous body.

The Huffington Post even went as far as to say, “Kim Kardashian’s floral number got a lot of attention for looking like something your grandmother might sit on.”

Neither Kim K, nor the designer Riccardo Tisci, regrets their decision about the dress.

Tisci said to E! Online, “To me pregnancy is the most beautiful thing in the world, and when you celebrate something, you give people flowers.”

Should Kim Kardashian Tone Down Her Maternity Fashion?

One thing is clear, Kardashian has her own unique style, and criticism has no effect on her choices. Her pregnancy has only added to the attention she receives regarding her wardrobe choice, but she has done an amazing job at continually impressing the public with her flawless and trend setting appearance.