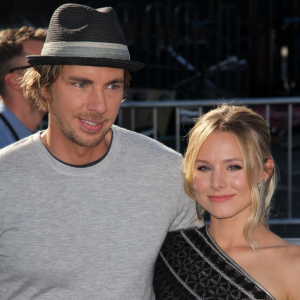 Bell told CNN that she doesn’t believe in sitting back while her friends can’t do everything she is doing.

Kristin Bell proposed to her fiance of two years, Dax Shepard, via Twitter after DOMA was declared unconstitutional.

“@daxshepard1 will you marry me? Xo #marriageequality #loveislove”

Dax responded in his own, funny way.

“They have been engaged for 2 1/2 years and have been waiting for this day so they can officially wed. They are beyond thrilled for their friends in the gay community.”

Bell and Shepard will have a busy year ahead. Planning a wedding, raising a baby, and Kristen is shooting the Veronica Mars movie this summer. It’s so great to see one of my favorite celebrity couples finally tying the knot!