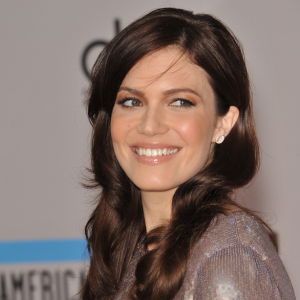 I used to say the one thing that would make life better was if Justin Timberlake put out a new album. God answered that prayer. My next wish is for Mandy Moore, the cutest woman in Hollywood, to have a baby. She would be such an adorable mom and then she could put out a line of baby clothes that people like Jessica Alba would buy. She and her husband, Ryan Adams, could do a lullaby CD of duets. And maybe she would get inspired to write a mainstream album and follow up to Amanda Leigh.

Yes, I’ve thought about this a lot.

Mandy Moore recently told Live & Style that she is hoping to have kids and to adopt.

“There are many children out there that need a nice, loving home and future,” Moore said.

Ryan Adams and Mandy Moore dated for two years before tying the knot in 2009. Since then, they’ve worked in music and movies, but spent a lot of time rescuing animals. They don’t have a timeline for their family planning, reports Huffington Post.

Moore said in 2012 that she is working on a follow-up album to Amanda Leigh, but she has no timeline for releasing that either. She recently joined the cast of CBS’s drama The Advocates. The timing for maternity leave is not in the cards right now, so maybe adoption is the best option.