Point, Miley Cyrus. The twerking “We Can’t Stop” singer has a tough shell. She’s good at fending off the haters and that includes Jay-Z. 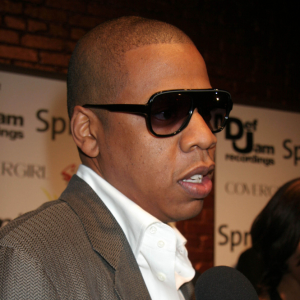 Miley Cyrus put Jay-Z in his place by showing that his comments on her image and twerking aren’t bothering her. Read the tweets here!s_bukley / Shutterstock.com

While Miley could have gone on the defensive, she’s not one to go all Amanda Bynes on a situation.

“Call it what you want. But I don’t see Mr. Carter shoutin any of you b****es out. #twerkmileytwerk ✌,” Miley tweeted on July 8.

In a fan Q&A session on Twitter, Jay-Z was asked if twerking should replace the electric slide at weddings. He responded, “Personally??? YES.. Miley is a GOD.”

The sarcasm of his tweet was lost on those that didn’t get a copy of “Magna Carta…Holy Grail.”

The fans then went on to ask him, “You really think Miley Cyrus still twerking somewhere in America?”

Match point, Miley! How are you going to come back from this? With hashtags and class, that’s how.

The fact that Miley isn’t afraid to tell Jay-Z to step off the hater train is admirable. Adding this to the list of reasons I love Miley Cyrus. Also, does anyone think that his using Miley is the song was a way to sell more albums? I think so! Way to lean on a 20-year-old, Jay-Z.