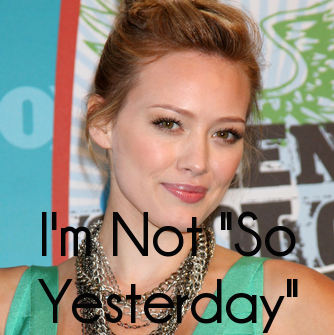 With Backstreet Boys making a musical comeback, we thought of musical acts we would like to see reunite. Topping our list, Mandy Moore, Play and O Town. Helga Esteb / Shutterstock.com

The comeback of the Backstreet Boys got us thinking. Who else do we really want to see make a comeback to music? While there are so many more (Coolio, Ja Rule, Ricky Martin, TLC…), here are the ones with the best music videos that take us back.

Even though we got to hear Mandy Moore’s voice immortalized as a Disney Princess in Tangled, we really want to see Mrs. Ryan Adams come back to music. Movies are not enough. Remember rocking out to “Candy” or singing you heart out to “Cry” and “Only Hope”?

Play: “I Must Not Chase the Boys”

Swedish pop group Play was pretty short lived, but they made a lasting impression. They were bubblegum pop girls that kicked ninja butt in “Us Against the World,” but quickly became sultry and scandalous with their song “I Must Not Chase The Boys.” They’ve tried to reunite a couple of times over the years, but these days the girls are focused on their solo projects.

Being a mom is taking up most of Hil’s time these days. How weird is it that Lizzie McGuire has a baby?. Watching her last music video, “Stranger,” it’s like looking at a completely different Hilary Duff. It’s been six years since she’s put out any new music, but that won’t stop fans from singing “So Yesterday.” We miss you, Lizzie McGuire!

Ryan Cabrera: “On The Way Down”

Sick and tired of this world, there’s no more air. Trippin’ over myself, goin’ no where. Waiting for a new Ryan Cabrera album that may never come. Still, a girl can dream about her spikey haired, frosted tipped dream boat from 2004.

If you don’t know what “Liquid Dreams” is about by now, then you must live a very sheltered life. I won’t be the one to smash your childhood into a million pieces, but that song that you sand over and over? Yeah, it was not kid friendly.

Ashlee Simpson: “Pieces of Me”

You may not be on my side with this one, but I’m still waiting for season two of The Ashlee Simpson Show. That whole drama with her vocal chords and acid reflux rocked my teenage years. Why can’t Ashlee see that her life would be so much better if she got back together with Ryan Cabrera?