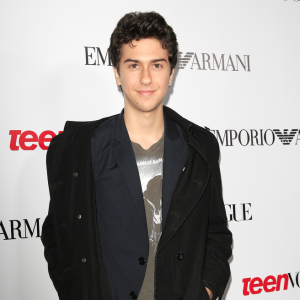 The Fault in Our Stars Added Nat Wolff and Laura Dern to the cast. Filming on John Green’s book series starts in August. Joe Seer / Shutterstock.com

While we have to wait until 2015 for the debut of The Fault in Our Stars, the hype is growing. The film just signed on Laura Dern (HBO’s Enlightened) and Nat Wolff (Admission) to the cast.

Dern’s Enlightened series was cancelled after a flop season two. She is being cast as Hazel Grace’s mother, a woman who gives up her own life to take care of her terminally ill teenage daughter.

Wolff is playing Issac, best friend of Augustus “Gus” Waters. His character is bigger than sidekick, he is a member of the cancer support group where Gus and Hazel meet. He has cancer and faces the hard decision of removing his eyes. Wolff starred in director of TFiOS Josh Boone’s Stuck in Love. You may remember Nat Wolff from the Nickelodeon series The Naked Brothers Band.

Also added to the film production was members of the band Bright Eyes, who also composed the music for Boone’s Stuck in Love.

Ansel Elgort and Shailene Woodley have been cast in the starring roles for the film. They are currently in production for Veronica Roth’s Divergent series, based on the series of the same title. The pair was at Comic-Con and said that they are visiting cancer hospitals to meet with people suffering the same cancer as their characters.

“We’re probably going to go and meet with John Green in Indiana and see the Funky Bones and see the different places in the books,”Elgort told fans. “So it’s really exciting and the process is going to be great and we’re both so excited. It’s an amazing story and we’re privileged to be able to bring it to life.”

The Fault In Our Stars will begin filming in August.