TMZ reports that Amanda Bynes may have been telling the truth the whole time. Since her arrest on the 27th Bynes has been adamant that she had no marijuana in her apartment or with her. Police found no evidence of marijuana when they searched her apartment the night of her arrest. It seems that the whole mess started because Bynes supposedly threw a “BONG” out the window when police arrived. However, there was no verification of this item by police. The broken glass lay out the entire night and through a rain storm, and an additional 4 days thus destroying any evidence that may have been there.
Other sources reported that what was thought to be a “bong” was only a vase that Bynes threw out. This too is an unverified statement. Bynes states that she “did nothing wrong.” 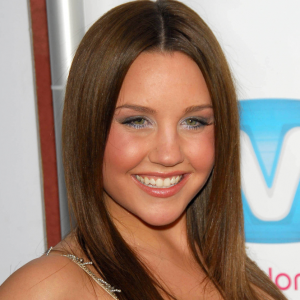 NYPD Has No Evidence On Amanda Bynes Having Marijuana, Bong Destroyed s_bukley / Shutterstock.com

TMZ LIVE reported “Looks like Amanda Bynes was RIGHT after all! Maybe. She said she didn’t have any marijuana, and now we’ve learned cops have a severe lack of evidence in the case.”
They went on to say that she was charged with, “marijuana possession, she was charged with tampering with evidence and she has been charged with reckless endangerment.” The TMZ LIVE report states that after speaking with the NYPD they report that following a search of the apartment – no evidence was found.

It is best to assume that Bynes will most likely have all charges dropped in this case. The evidence of a “bong” can no longer be submitted into evidence because it was compromised. The police stated they “smelled marijuana” however they never specified where they smelled it. This all remains to be seen. At the hearing, the judge released Bynes on her own recognizance; which really speaks volumes as to the court “trusting” Bynes.

In a previous article on Encapo, it was mentioned that Amanda Bynes statement was “I’m suing NYPD for illegally entering my apartment, lying about drugs on me and lying about me tampering with non existent drug paraphernalia, then I’m suing for being put into a mental hospital against my will, then locked up overnight for coming home after a facial and working out with my trainer like the good girl that I am.” Sounds like she is being totally honest.