TMZ broke news last week that Paris Jackson had attempted to commit suicide in her Calabasas home. She was rushed to a nearby hospital after ODing on 20 Motrin and cutting her wrists. 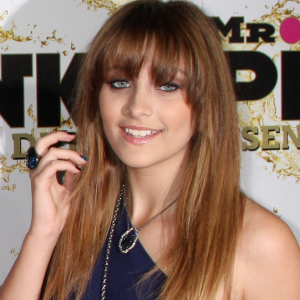 Now, TMZ has obtained a copy of the emergency call from the Lost Hills Sheriff’s Department to the L.A. County Fire Department made on June 5. Paris was scare after trying to kill herself and called a suicide hotline, who then notified the police.

The call is calm and they state that Paris was “awake and breathing.” The situation was not dangerous and medical and fire crews rushed to the scene.

Paris was place on involuntary psychiatric hold for 72 hours at L.A.’s Children’s Hospital. Sunday, Michael Jackson’s daughter was moved to UCLA medical center for more psychiatric evaluation – the same place that her father passed away four years ago this month.

We know very little of what really led Paris to try and end her young life, but she did leave a suicide note. Reports from Paris’ private school indicate that she’s been having a tough time. She’s stopped caring about school work and had a break down when family members refused to let her do a movie. A top school office claims that Paris was not bullied and she said that to get attention.