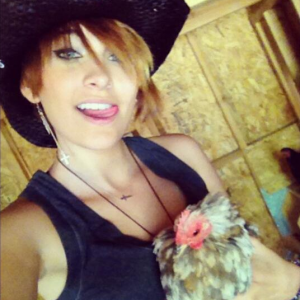 Paris Jackson, Michael Jackson’s daughter, was rushed to the hospital early Wednesday morning after what E! is reporting a suicide attempt.

According to the LAPD, Jackson was taken out on a stretcher from Calabasas family home around 1:30 a.m. and was taken to a nearby hospital by ambulance. The police responded about receiving a call that someone had overdosed.

Paris Jackson, 15, posted some tweets in the last 24 hours that raise concern.

“I wonder why tears are salty?” “Yesterday, all my troubles seemed so far away now it looks like they’re here to stay.”

Reps for Paris have yet to respond, but TMZ obtained information from sources close to her. According to the source, Paris has attempted suicide in the past but “this was far more seriously. It was not a cry for help.”

Another source close to the family told TMZ that Paris “threw a fit” that night when she was forbidden from going to a Marilyn Manson concert. She is said to be doing fine now.

Debbie Rowe’s lawyer, Eric George, released this statement, “We appreciate everyone’s thoughts for Paris at this time and their respect for the family’s privacy.”