I’m very pleased with this season’s Emmy nominations. (in case you missed them: drama, comedy, mini-series) Particularly that my main Lannister got an Outstanding Supporting Actor nomination. Peter Dinklage really can do no wrong and I’m thrilled his work is getting the recognition it rightly deserves. 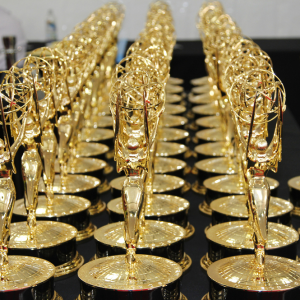 Also top in the drama category, my favorite British drama series Downton Abbey. Way to go, Dame Maggie Smith! Michelle Dockery also got a nod for her role as Lady Mary, but Lady Mary’s late husband Matthew Crawley was not on the list. That’s what you get for killing my dreams, Dan Stevens. The series is also nominated for best drama series.

It’s not a long shot to think that Dinklage will take home the Emmy, but Downton is a bit of a wildcard. Don’t place a lot of money on the series, unless you’re betting on Maggie Smith. The public and the critics adore her and are sure to vote in her favor.

Lena Dunham, I swear. You keep crushing my dreams! Why couldn’t your career spike next year? When Tina Fey and her beloved comedy 30 Rock were no longer in the running for awards. Seriously. If she pulls that whole, “I’m so honored, you guys are my heroes, blah blah blah GIRLS!” crap again…

For the record I love Lena Dunham. But I love Tina Fey More.

Talk about wildest dreams coming true! Jason Bateman earned a stellar nomination for his role as Michael Bluth in the season four revival of Arrested Development. Way to go, Mikey! And if you don’t get the award, just remember – there’s always money in the banana stand.

Behind The Candelabra Scores Big: Matt Damon Vs Michael Douglas

It’s not going to be pretty when Michael Douglas, or Matt Damon, takes home the award for Best Actor in a Mini-Series or Television Movie. I predicted Douglas would get a nomination, but both the lead actors were nominated. Personally, I believe that Michael Douglas will take this award home.