I’m used to the squeaky clean and adorable Selena Gomez, this new grown up Selena is really fun. Stars Dance is Selena Gomez’s first album solo. She had previously been teaming up with the band The Scene. 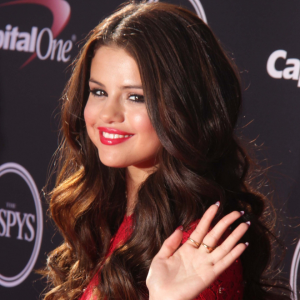 Selena Gomez’s new album Stars Dance is worth the listen. Fans of Selena Gomez & the Scene are in for a surprise with this new, mature sound. s_bukley / Shutterstock.com

The first track on the album “Birthday” is my favorite. It’s fun, poppy, and gives me something else to post on my friends’ Facebook walls when they turn a year older. I was getting really sick of putting up “22” for the millionth time. If you really want to infer into the lyrics, you could say that she’s asking for an excuse of partying hard. It’s not going to stop me from singing it and working out a twerking routine.

After than we have “Slow Down,” which is more like the brand of Selena I’m used to. She’ puts in techno pop and more of the genre of The Scene. Selena still works in some riskier lyrics. It’s weird to think she just turned 21, since she played a 16-year-old wizard for five plus years.

The title track, “Stars Dance,” is where I think Selena finds her own sound. It’s not like her best friend Taylor Swift, it’s not the pop of Katy Perry, and it’s not a sappy ballad. Selena has done an excellent job finding herself in the music and building it up.

Of course, you’re looking for the song she wrote about Justin Bieber. Well, I’m sorry to inform that there are no tracks title “Bieber Fever” or “My Ex Looks Like a Chick.” Selena is thriving post-Bieber. There are several tracks that sound like break up anthems. “Forget Forever” is a solid song. I can tell that she’s lamenting that the break up, but she’s not feeling lost without him. She acknowledges what the romance meant and that it was the biggest thing in her life in “Love Will Remember.”

The thing that is missing from this album is a showstopper song. For example, “Who Says” and “Love You Like a Love Song.” “Come and Get It” is okay, but I was hoping for something a little bit more. This feels like a big dance album.

All in all, it’s a good listen. It’s much more grown up than we’ve ever heard Gomez singing, but that’s not a bad thing considering she’s now 21.