Shailene Woodley Speaks Out About Not Wearing Makeup 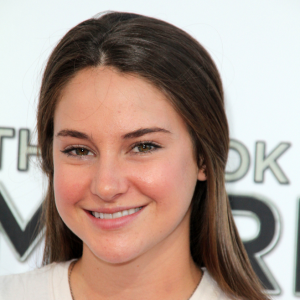 The Spectacular Now’s Shailene Woodley decided she didn’t want to wear makeup to red carpets, or anywhere but the Oscars. s_bukley / Shutterstock.com

The Spectacular Now’s Shailene Woodley is not shy about rebelling from the Hollywood cookie cutter lifestyle. She recently told Flavorwire that she is not about living a life that kids would be hurt trying to copy. While you might think this includes going to the store without makeup on, Woodley takes it a step further. She doesn’t wear makeup on the red carpet in an effort to set a good example.

Shailene told Flavorwire that she was shocked by the fake face and body staring up at her in a magazine. She was even more shocked to see that it was her.

I had big red lips that definitely did not belong on my face. I had boobs about three times the size they are in real life. My stomach was completely flat. My skin was also flawless. But the reality is that I do not have those lips and my skin is not flawless and I do have a little bit of a stomach. It was not a proper representation of who I am. I realized that, growing up and looking at magazines, I was comparing myself to images like that — and most of it isn’t real.

She went on to say that part of her no makeup philosophy is laziness and not wanting to be dolled up every moment of the day. The other part of it is wanting to be herself. Woodley said she likes dressing up for the Oscars and special events, but a casual movie premiere isn’t a good enough reason to go all out.

I feel you girl! Do you think Shailene is setting a good example?