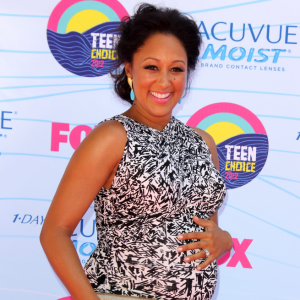 Sister, Sister star Tamera Mowry-Housley revealed that she was a virgin until age 29, and then decided to save it for marriage. Helga Esteb / Shutterstock.com

In terms of sex in Hollywood, it’s generally assumed that stars just get freaky all over the place. We’ve all heard talk of raunchy alley way makeouts and back of the club hookups, but there is a group of Hollywood people that kept it locked up until later in life, or even until marriage.

Tamera Mowry-Housely is talking openly about her bedroom life, telling HOT97NY that she waited until she was 29 to lose her virginity.

“I don’t know how to explain this. I’m religious, so I waited until I was 29 to lose my virginity,” Tamera said. “You may not understand this [but] I did it, then I felt guilty, then I became celibate until I got married.”

Mowry married Fox News correspondent Adam Housley in 2011. She and her sister Tia Mowry are currently starring in their own reality show, Tia & Tamera, documenting their newlywed lives and the births of their first babies. Tia welcomed a baby boy in season one, and Tamera and Housley has their first baby, a boy named Aden John Tanner Housley, in November.

Along with the admission, Tamera told her fans that she is no less knowledgeable in the bedroom arts. Her talk show, The Real, had a sex therapist on and Tamera knew everything. Her The Real co-host Adrienne Bailon came to her defense.

“Just because you only had sex with one person doesn’t mean you’re not a freak, and I think that that’s a good thing,” Bailon said. “I think people think that you could only be a freak by doing it with a bunch of people. You can be a freak and just be a freak with one person. That is beautiful and dope.”