At 21 years old, Tanya Angus was a normal young woman at 5 foot, 8 inches and 130 pounds. She loved riding horses and had a dream of traveling the world, but her dreams were altered when she began to change at age 21. Tanya was diagnosed with Acromegaly, a form of gigantism. She’s since had several surgeries and experimental procedures done. The doctors don’t think that she may ever get better. 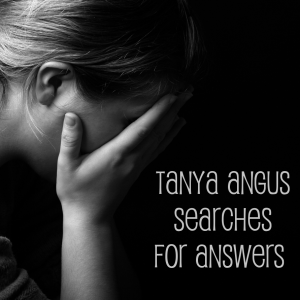 Tanya Angus has no control over her body. Her Acromegaly, or gigantism, is often misunderstood and her body is stretched to it’s limits.

Tanya first began noticing changes in her hands and feet. She stopped having a regular period. After things began getting out of hand, Tanya Angus visited several doctors, who had no answers. They believed her body was out of control because of stress.

The problems were just mounting. Tanya didn’t live close to her family, so she began asking her mother about her medical history growing up. She began to worry that she was born a man and had a surgery to close up her male body parts. She was relieved to find out that this wasn’t true.

Dr Oz said that Tanya’s pituitary gland was growing too large for her body. The rest of her body was trying to catch up, causing her gigantism.

Doing normal things is hard for Tanya Angus. She has issues getting dressed and getting out of bed. At 7 feet tall and almost 400 pounds, life is not as easy as it once was. Her back, hips and knees are in chronic pain. She doesn’t like to look in the mirror because she thinks she is ugly. This breaks her mother’s heart.

Tanya said she remembers life being fun and having beauty photo shoots with her pals. Putting on makeup used to bring her joy, but now she doesn’t see any of these things as fun.

Dr Oz: Tanya Angus Doesn’t Want to Give Up Cure for Gigantism

Tanya said that people see her and think she is just a fat person. They don’t know that she has a disease and her body is being stretched to it’s limits. Despite her low self esteem, Tanya Angus is not about to throw in the towel. She has been told by numerous doctors that she is going to die soon if something doesn’t change.

Dr Oz told Tanya that he doesn’t see her as a giant. He sees a strong woman, full of hope and passion for living a full life. He hopes that by sharing her story, she can get the help she deserves.