Hey, fellow Carrie Diaries fans, can I get a celebratory high-five? Samantha Jones is going to appear in season two of The Carrie Dairies on The CW. Thankfully, the network decided to keep my latest addiction going and renewed it for another season. 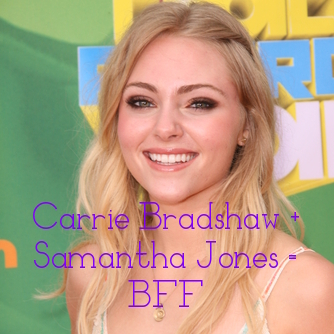 The Carries Diaries plans to introduce Samantha Jones in season two of The CW’s hit show. They have not cast the role yet, but the search is on! (Image Credit: Helga Esteb / Shutterstock.com)

It’s hard to imagine Anna Sophia Robb’s Carrie Bradshaw throwing Mouse away for the scandalous and sensual Samantha, but the prequel books do introduce Samantha. Try not to freak out, but Miss Jones is the cousin of mean girl Donna LaDonna. While we love to hate Donna, this could be excellent or a train wreck in Carrie’s world.

TV Line talked to Carrie herself, Anna Sophia Robb, at The CW Upfronts this week.

“I’m really, really excited,” she said. “I had to keep it a secret, but I think it’s going to be so much fun. I’m looking forward to seeing where that goes.”

If Robb is all for this development then how can it be a bad thing? The role of Samantha has yet to be cast, so it should be interesting to see what happens as the story develops. Donna LaDonna looks nothing like Kim Catrall (the original Samantha Jones), so we see a pre-Botox Samantha. I wonder what her natural hair color was.

Well, he’s not really a new character. The lovable and sassy Stanford Blatch should also make an appearance in the next season. If you caught it, and you may not have, Bennett’s roommate is the infamous gay bestie of Sarah Jessica Parker’s Carrie Bradshaw.

Personally, I’m hoping that we get to meet Charlotte soon. I always thought of myself as a combination of Carrie Bradshaw and Charlotte York.

Now we just have to sit and wait and speculate. Who do you think will get the coveted and outrageous role of Samantha Jones? I can’t even imagine, but I have faith in the casting directors of Carrie Diaries. They’ve done a top notch job so far.

The Carrie Diaries is airing Fridays at 8 p.m. this fall.