Tonight is the night, Mindy Project fans. We’ve seen our girl Mindy Lahiri (Mindy Kaling) come from the bottom of the totem pole to about the middle, back to the floor last week, and now she could be heading to the alter? Pump the brakes, girlfriend. Let’s take a look at how Mindy got here.

Dr Mindy Lahiri started the season a hot mess. She had just watched the love of her life get married and she was alone. Mindy was lifted up by her friends and co-workers. She decided to work on herself and thus the Mindy Project began.

Mindy’s relationships included some of Kaling’s friends and previous co-stars. Ed Helms, Seth Meyers and BJ Novak had guest starring roles, but no one took the cake like Josh. Josh was the boyfriend that seemed promising, but then was found to be a cheating, cocaine addict. Seth Rogen and Mark Duplass also had a piece of Mindy’s heart, but then everything changed. 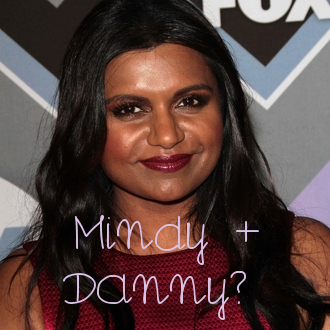 The season finale of The Mindy Project sees Mindy Lahriri contemplating moving with Casey and Danny with his ex-wife Christina. s_bukley / Shutterstock.com

Are Mindy & Casey Heading to Haiti?

Mindy started having a relationship with a minister, Casey. He was a stand up guy, drop dead hilarious and easy on the eyes. We love Casey to bits and want Mindy to be happy, but in the last episode he made a startling announcement. Casey is going to spend a year in Haiti and he wants to take our girl Mindy with him. No!

Thankfully, Mindy is pretty attached to running water, her bed and her job. Enter in the last piece of our puzzle: Danny Castellano. Danny was heart broken after his wife, Christina, left him. A broken, bitter man, it seemed like Mindy and Danny were drawn to each other. They began TV’s most interesting will they won’t they relationship. Now that his ex-wife is back in the picture, fans are rooting for Danny and Mindy more than ever.

Mindy Kaling told E!’s Kristen Dos Santos at the Fox Upfronts that Casey (Anders Holm) makes it really hard for Mindy to stay in the states while he goes off to Haiti. At the same time, Danny (Chris Messina) complicates things further. Fans of New Girl only had to wait two seasons to see Jess and Nick get together, but The Office, Kaling’s old stomping grounds, kept Jim and Pam apart for quite a long time.

Messina said that he had to be convinced to join the cast because he was nervous about do TV. (You might have seen him in Argo?) It was Kaling that convinced him to come on board. He told Dos Santos that he loves the show and working with Kaling and Chloe Sevigny (Christina).

As for Mindy and Danny, we’re going to be stuck in the will-they-won’t-they for a while longer. Messina said he hopes that Sevigny comes back next season. He didn’t say if he was Team Mindy/Danny (would their couple name be Dandy or Minny?). He is a fan of whatever keeps the show going for a long time.

“I’m so impatient as a person and I have no willpower, so part of me is like, if people are into it and I like acting with him, I kind of just want to see what happens, but I don’t know,” Kaling said. “We had a lot of luck with Jim and Pam, with letting it build slowly. I have two competing urges and my writers, of course, are opinionated as well, so we’re going to have a big discussion.”