Xbox One to Replace Xbox 360 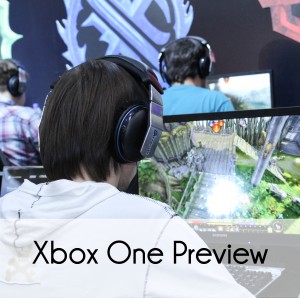 Microsoft announces that their new Xbox One system will not be compatible with Xbox 360 and will have improved features for the Kinect.

NPR  reports that the new Xbox One by Microsoft is the future of gaming/entertainment/communication devices. One console replaces the earlier Xbox 360; first introduced in 2005.

The new capabilities’ of Xbox One are many; taking from its predecessor the ‘controller-free’ operation – done through hand gestures and voice command (Kinect accessory required), Xbox One also boasts 8G RAM and 500GB hard drive.

The magic behind the machine is its multi-app functionality; meaning the user can watch the evening news while simultaneously “Skyping” / video chatting, or surfing the web.

Via “three separate operating systems,” ”a tiny Host OS” to run the boot-up and additional apps, “the Shared Partition” for online television, Skype, Netflix, and “the Exclusive Partition” for gaming; this One of the future is certainly drawing a great deal of attention. Microsoft couldn’t stop with the new console; they had to improve the accessories for this all-in-One by ramping up the Kinect used for the Xbox 360.

The new Kinect has an improved 1080p wide-angle camera which includes a feature to measure your heartbeat while using the device for “get-up-and-move” games. IGN additionally reports that the Xbox One will not be compatible with the 360 or the original Xbox systems.

Unfortunately, all good things must come to an end; this includes technological advances, while new technology takes place of it.