Amanda Bynes plans to sue everybody claiming that they are lying about her and what she does. Access Hollywood reports that Amanda Bynes was reportedly seen walking around nude in a tanning salon!

“Was Amanda Bynes caught walking around nude at a New York City tanning salon? That depends if you believe a new tabloid story. But Amanda is denying it, and fires back with her own statement about the report!” In Touch Tabloid reported, and Bynes is livid – to say the least. 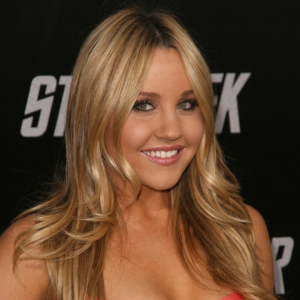 In a quote from Bynes, she plans on “suing” the tabloid for lying. The Huffington Post reported Bynes is stating she will be suing US News, the NYPD, In Touch Tabloid, and many many more.

Access Hollywood had reported an interview with Katie Couric and Jaleel White (co-star in “Big Fat Liar”) where Katie poses the question to him “…[she] is clearly a woman in trouble, right Jaleel?” Jaleel responded to Katie with, “Well, you can’t tell her that…”

The continued flood of changes Bynes is undergoing has many of them concerned. In a radio interview with Lance Bass; Amanda Bynes long-time friend, Bass said “…obviously there’s some mental problems there; and she’s not able to see that …. and no one is able to get to her. I’m actually really scared for her!”

Access Hollywood had the most recent video scene of Bynes bashing a black photographer.

This concern is warranted with all of the odd behaviors and continued reports of erratic behavior, arrests, court appearances, and obvious physical metamorphosis. Yet even through all of the reports and pleas for her to get help, Amanda Bynes is steadfast in her defense that she is “Amazing”.

We can only hope that she will eventually look into the real mirror and not the fairy tale one she has been peering into. Amanda, we are trying to tell you the truth because we care. GET HELP NOW!