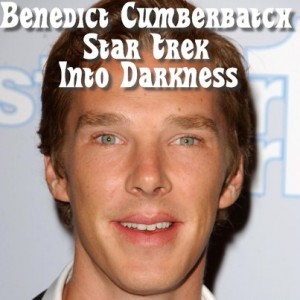 Fans of Star Trek are up in arms about Alice Eve’s underwear scene. Apparently, it was too gratuitous and movie goers felt it was unnecessary for the film.

J.J. Abrams told Conan O’Brien that the scene was meant to balance out the film. He put in a scene with Chris Pine, Captain Kirk, shirtless and in bed with a woman. The Alice Eve scene featured Kirk catching a glimpse of Eve in her undies. He wanted the scene to be a break in a very action packed section, but Abrams admits that he didn’t edit it perfectly.

Benedict Cumberbatch Takes “Shower of Evil” in Star Trek: Into the Darkness

To appease fans, Abrams brought a deleted scene from Star Trek: Into the Darkness. Benedict Cumberbatch, who plays the villain in the film, take a rather brooding shower. Conan notes that the character is not enjoying the shower.

“He takes a shower of evil,” Abrams said.

This should not only please Star Trek fans, but also fans of Sherlock, Cumberbatch’s series on BBC.

Conan took some creative license with the scene. He took out the ominous Star Trek music and put in what can only be described as “bowchickawowow” music. Abrams said if he had had that music, he would have used the scene.