In the wake of her father’s passing, Demi Lovato is speaking out, standing up, and the most popular person of the week. Her Lovatics rallied behind her this week when her biological father passed away from cancer, tweeting their love and support. 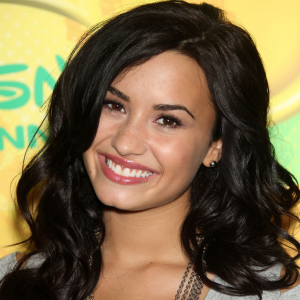 Demi then went on Good Morning America and talked to Robin Roberts about how she is holding up. Being estranged from her father, Demi said she’s doing fine.

“My dad and I didn’t have the most ideal relationship, but at the end of the day he’s still my dad,” she said.

Lovato went on to say that she grew up with her dad and thinks he was a wonderful person. He let her down too many times and she cut off her relationship with him. Patrick Lovato was suffering from the same mental health problems that he daughter is now living with.

Demi went on to say she is establishing the Lovato Treatment Scholarship in an effort to help recovery and treatment of one person at a time.

Demi Lovato Releases Teaser for “Made In The USA”

After all of the bad, Demi is still working. She released a teaser trailer for her music video for “Made In The USA” and it looks like she’s really got an eye for directing. She originally came to the director and said she knew what she wanted. He suggested she co-direct the video.

Dustin Milligan from 90210 and Aimee Teegarden from Friday Night Lights play a couple who meet at a carnival. Demi wanted all of the shots to be cinematic and big. She said she loved being the one giving directions and running to the monitors to see it all come to life. Oh, and being able to sip her coffee and dress down was a big plus.

When it was Demi’s turn to get in front of the camera, she was a little sad. It won’t be the last thing she directs.