Va-va-voom! In one of her most stunning looks yet, Katy Perry sits on the cover on the latest Vogue. She’s ditched the lollipops and cotton candy hair. These days, Katy is going natural and bombshell perfection. She’s got her signature black hair back, a perfectly pouty red lip and is showing the perfect amount of skin. 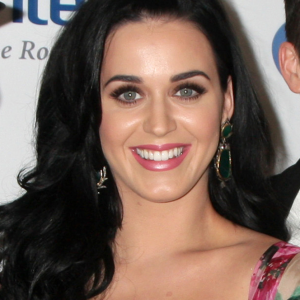 Katy Perry traded in the candy can forest for a field of flowers and rose patterned dress. She told Vogue just how she got divorced and her new outlook on life. Please say it includes, John Mayer?!

Despite Russell Brand being a “magical man” when Katy Perry met him, the couple divorced after just 14 months of marriage.

“He’s a very smart man, and I was in love with him when I married him,” she said. “Let’s just sai I haven’t heard from him since he texted me saying he was divorcing me on December 31 2011.”

OUCH. We all thought being dumped via post-it was harsh, this is just cruel. Katy went on to say that she thought Brand wanted an equal, but her success as a musician, businesswoman and actress must have turned him off. Brand’s show, Brand X, has not been renewed for another season.

Katy Perry Was “Madly In Love” With John Mayer

Katy Perry went on to talk about her relationship with John Mayer.

Katy is currently hard at work on her next album, so she’s taking a step back from the relationship scene. But we’ll still hold out hope for a reunion.

“All I can say about that relationship is that he’s got a beautiful mind. Beautiful mind, tortured soul. I do have to figure out why I am attracted to these broken birds.”