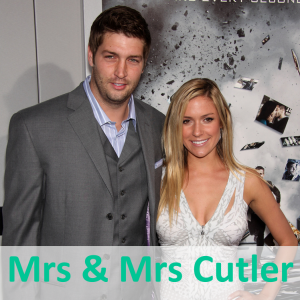 Cavallari announced the news by posting a picture of their wedding bands on her Instagram. Her band is a diamond blinger and Cutler’s band is sleek black with engraving on the inside.

The Cutlers had their big wedding on Saturday June 8 in Nashville, where Jay went to college. Over 150 of the couple’s closest friends and family were in attendance. There are no pictures or reports on the private wedding yet, but knowing Cavallari she can’t wait to share her happiness with fans and followers.

Kristin Cavallari’s Bridal Shower at the London in West Hollywood

Last weekend, Cavallari and her gal pals celebrated with a bridal shower by Ciroc at Gordon Ramsay at the London in West Hollywood. The bride was decked out in a sak, pastel blue dress and tiara with a veil. She was surrounded by friends and there was no sign of L.C. anywhere to ruin the day.