Abercrombie & Fitch Proud to be “Exclusionary”

Recently, the CEO of the popular clothing store Abercrombie and Fitch, Mike Jeffries, has made some very controversial comments regarding their target consumer group. Any girl with the slightest of curves, who has tried to shop at Abercrombie and Fitch, understands how difficult it can be. The clothing is clearly made for girls with small builds, and men who have the typical “football player” build. 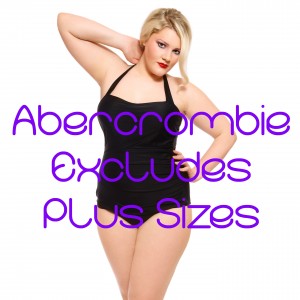 In a 2006 interview with Salon, Jeffries made it clear; the clothing was made this way for a reason. “In every school there are the cool and popular kids, and then there are the not-so-cool kids. Candidly, we go after the cool kids. We go after the attractive all-American kid with a great attitude and a lot of friends. A lot of people don’t belong [in our clothes], and they can’t belong. Are we exclusionary? Absolutely.”

The rude comments didn’t stop there. Jeffries continued his rant by calling companies that make sizes available for every body type, “vanilla.” In the time since the interview was released, Abercrombie and Fitch has seen a massive wave of backlash, due to the comments.

The Huffington Post shared an Image of a chart from YouGov’s BrandIndex, which measures positive versus negative feedback on a specific brand. The chart shows between April 22, 2013 and May 14, 2013, consumers’ perception of the Abercrombie and Fitch brand has dropped from about a 2.0 to about a -17.5.

Is Abercrombie & Fitch Really Against Bullying?

While Jeffries is now trying to apologize, it seems too little too late and very insincere. He continues to say the comments were taken out of context, and is now saying to Us Magazine, “We are completely opposed to any discrimination, bullying, derogatory characterizations or other anti-social behavior based on race, gender, body type or other individual characteristics.”

The idea of creating plus sizes for the female clothing line at Abercrombie and Fitch still seems unlikely. Business Insider reports, “Abercrombie is sticking to its guns of conventional beauty, even as that standard becomes outdated.”

Certainly, if Abercrombie and Fitch continues with this way of thinking, they will soon become so exclusive that they go out of business.