Model Leyla Ghobadi is claiming that she’s been Kanye West’s something on the side while his girlfriend Kim Kardashian has been pregnant. The Kim Kardashian lookalike claims that West is only dating Kardashian to build his own fan base. 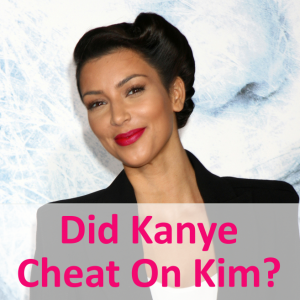 “This is going to destroy the Kardashian Family,” Leyla told Star. “It’s bad. It’s really bad. It’s just embarassing, but if I were Kim and about to have a baby, I would want to know.”

Ghobadi and West have met at at least one of his concerts at Revel’s Ovation Hall in Atlantic City. Hollywood Life reports that the meeting led to at more than one intimate encounter. She said that Kanye West has contacted her several times in the last year, but most recently this past weekend. She didn’t respond to his advances because she knew Kim was pregnant.

A rep for West told TMZ, “This most recent attack on Kanye West and his family is totally without merit. It’s a blatant attempt by a misguided individual who is clearly seeking publicity, and another in a series of malicious stories drummed up by non-credible ‘news’ sources.”

That’s right, not only a hit at Ghobadi, but at Star. Ghobadi said in her interview that she was pulled out of the crowd by Kanye’s security and that he had handpicked her. She refused to hook up that night, but came back with backstage passes the next night and they were intimate. West allegedly told Ghobadi that his relationship with Kim was a sham.

“This is a sad attempt to hurt two people trying to live their lives,” Kayne’s rep added.